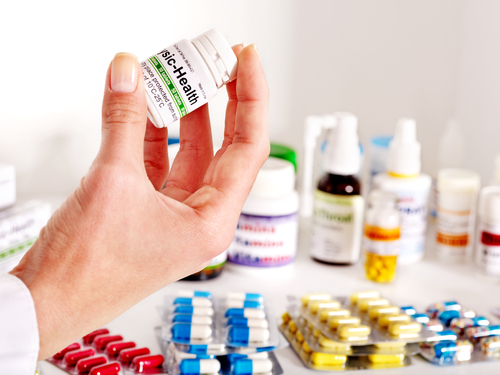 The Neurodegeneration Medicines Acceleration Program (Neuro-MAP) led by MRC Technology is a non-profit organization that brings together promising drug projects for brain diseases like Parkinson’s and Alzheimer’s that have stalled due to lack of support with funding organizations. Their goal is to revive these projects by helping scientists continue their research and develop potentially effective therapies.

Currently, there are more than 50 million people suffering with neurodegenerative conditions in the world, and this number is expected to increase dramatically over the next two decades.

Because of this reality, Neuro-MAP believes that research should be aggressively advanced so that beneficial drugs that can treat brain diseases that are not currently being actively developed. The Neuro-MAP partners, which includes the Alzheimer’s Association, Alzheimer’s Research UK, Alzheimer’s Society (UK), ALS Association, Michael J. Fox Foundation for Parkinson’s Research, Motor Neurone Disease Association, MRC Technology, Northern Health Science Alliance, and Parkinson’s UK, are seeking to do their part to match funding with promising research.

Biotechnology companies will be able to propose their projects to the consortium so that Neuro-MAP can evaluate them and decide which are the most promising in terms of meeting patients’ needs. Mike Johnson, Director of Corporate Partnerships at MRC Technology said: “We’re pleased to be able to use our unique position at the centre of charities, funders, academia and industry to bring together the right combination of funding, skills and capabilities to really impact quality of life for patients living with these debilitating and destructive diseases. This is an amazing opportunity to accelerate the next generation of neurodegenerative drugs towards the patient.”

Maria Carrillo, Ph.D., Alzheimer’s Association Vice President of Medical and Scientific Relations said that neurodegenerative diseases’ impact in the world is devastating, and the costs associated with these diseases are increasing. “Research into neurodegenerative conditions such as Alzheimer’s is complex, expensive and has a high failure rate, resulting in many pharmaceutical companies turning their attention to more favorable research areas,” Carrillo affirmed in a press release. “Because no treatments are currently available to stop the progression of these terrible brain diseases, there is an urgent need to expand research on available compounds. No stone should be left unturned.”

Dr. Doug Brown, Director of Research and Development at Alzheimer’s Society explained: “People are developing dementia on a scale of one case every three minutes in the UK and not only is there no cure, the treatments we have only work for some people and we haven’t had a new drug for a decade. Too many potential drugs are languishing in laboratories because the companies who own them have moved in other directions. By rescuing these projects and moving them forward we aim to bring these drugs closer to the people who desperately need them.”

Dr. Brown highlighted the urgency of developing new drugs against these diseases: “By next year 850,000 people in the UK will have dementia. We need a massive step change in research funding in order to develop new treatments, but it’s not just about throwing money at the problem. Innovative projects like this will help demolish the barriers to dementia research and that’s why we’re delighted to be working as part of it,” he concluded.