Alzheimer’s disease is a neurodegenerative disorder where the patient slowly starts to lose cognitive skills which leads to emotional and physical problems. The disease affects around 5.4 million people each year in the U.S. alone. We’ve put together a list of some high-profile names who suffered from the condition, based on information from A Place For Mom. 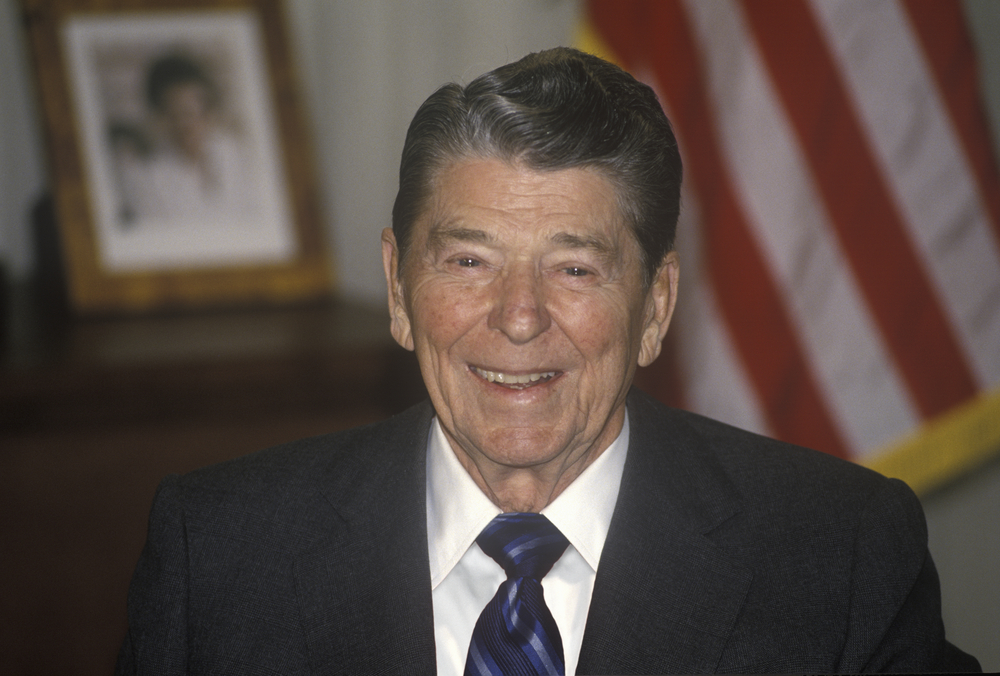 While serving as president, Ronald Reagan declared November National Alzheimer’s Month. He later went on to suffer from the condition himself, announcing the news to the world in November 1994. The 40th president of the United States died of complications from the disease in 2004 at the age of 93.

Discover 10 things you should know about Alzheimer’s disease. Sixty-three-year-old Malcolm Young was the co-founder of the rock band AC/DC and rhythm guitarist for the band. The Australian musician announced in April 2014 that he was receiving treatment for Alzheimer’s disease in Sydney, and his representatives said he’d be leaving the band the following September. Robin Williams was a Hollywood actor and comedian, starring in a long list of great movies like Good Morning Vietnam, Mrs. Doubtfire, and Good Will Hunting. In 2014, at the age of 63, the Oscar winner committed suicide following a long depression relating to Lewy Body Dementia–a disease that shares many similarities with Alzheimer’s. Casey Kasem entertained different generations of children as the voice of Shaggy in the animated television series, Scooby Doo. He was also known as the voice of the American Top 40 countdown. In 2007, Kasem was diagnosed with Lewy Body Dementia and died in 2014 at the age of 82.

Potential Alzheimer’s treatment in Phase 3 clinical trials gets boost from the FDA. Find out more.

Often known as “the Mother of the Freedom Movement,” the civil rights campaigner, Rosa Parks, was arrested in 1955 after she refused to give up her seat on a bus to a white person in Montgomery, Alabama. After dedicating her life to the movement, Rosa retired and wrote her autobiography.  She died in October 2005 at the age of 93. Hollywood actor Charles Bronson is best remembered for films such as Death Wish, The Dirty Dozen and the Magnificent Seven. Bronson contracted Alzheimer’s disease in his later years and died of pneumonia at the age of 81 in 2003.

Immunotherapy failure in Alzheimer’s clinical trial may be due to presence of another form of dementia. Find out more. The Oscar-winning actor Charlton Heston is famous for starring in movies such as El Cid, Planet of the Apes, and The Big Country throughout his 60-year career. He was diagnosed with Alzheimer’s disease in 2003 and died in 2008 at the age of 84. The professional boxer is cited as being one of the best in the world, winning both welterweight and middleweight title belts. Later in life, Robinson was diagnosed with Alzheimer’s disease, and died from the condition in 1989 at the age of 63.

Alzheimer’s clinical trials for people at risk of the disease now recruiting. Falk was best known for his portrayal of TV detective Columbo, a role he played for 35 years. Sadly, his physician reported that he could no longer remember the role that made him famous as his Alzheimer’s disease progressed. Falk died in 2011 at the age of 83.

A clinical trial has been given a $2.1m grant to test a cancer treatment on Alzheimer’s patients. Find out more. The basketball coach lead the Tennessee Lady Vols to an impressive eight NCAA championships and over the course of her coaching career and secured 1,098 wins. In 2011, Summitt retired from coaching at the age of 59 when she was diagnosed with early-onset Alzheimer’s disease and became an advocate for the disease. Sadly, Summitt passed away in June 2016 at the age of 64.