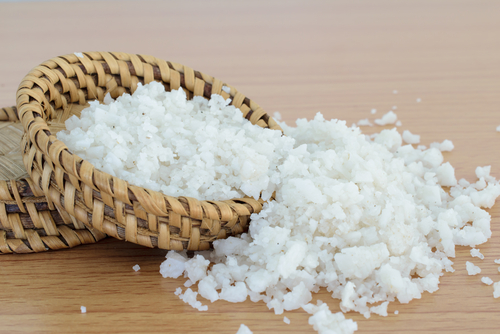 New York researchers report that daily consumption of food with high levels of salt reduces blood flow to the brain and causes cognitive impairment in mice.

The Weill Cornell Medicine study was the first to show a link between diet and cognitive impairment arising from a gut-initiated immune response. It has important implications for Alzheimer’s and neurological diseases.

Titled “Dietary salt promotes neurovascular and cognitive dysfunction through a gut-initiated TH17 response,” it appeared in the journal Nature Neuroscience.

“We discovered that mice fed a high-salt diet developed dementia even when blood pressure did not rise,” Costantino Iadecola, the Anne Parrish Titzell Professor of Neurology at Weill Cornell Medicine, said in a news release. He was senior author of the study.

“This was surprising since, in humans, the deleterious effects of salt on cognition were attributed to hypertension [high blood pressure],” added Iadecola, who is also director of the Feil Family Brain and Mind Research Institute.

High salt in the diet is a risk factor in both hypertension and cardiovascular diseases. But the negative effects of salt are broader than that, with studies showing that it can be harmful to the body independently of blood pressure effects. Based on this evidence, health organizations have recommended limiting salt intake.

Previous studies have suggested that the brain is a prime target for these harmful effects. A high salt diet has been linked to cerebrovascular diseases, stroke, and cognitive impairment.

To better understand the effects of a high salt diet can do, researchers tested it in mice. The animals received food containing 4 to 8 percent more salt than a normal diet, which translated into eight to 16 times more salt intake. The salt levels tested were comparable to those seen in the high end of human consumption.

After eight weeks on the high salt diet, the mice showed significant reductions in cerebral blood flow. The decreases included 28 percent in the cortex and 25 percent in the hippocampus, areas of the brain involved in learning and memory processing.

The reasons for the fall-off were dysfunction in the cells lining the brain’s blood vessels and reduced production of nitric oxide, which helps relax vessels, increasing flow, researchers said.

All the harmful effects of salt were reversed when researchers changed the mice back to a regular diet.

Normal brain functioning requires an adequate, well-regulated blood supply. Researchers discovered that mice on a high salt diet had difficulty recognizing objects and performing normal daily activities. They also had less spatial memory, or ability to relate to their environment. All three are features of cognitive impairment.

The researchers wondered if the gut-brain link could be treated. They used a drug called Y27632, which prevents an enzyme known as ROCK from suppressing nitric oxide activity. It lowered the mice’s IL-17, improving their behavioral and cognitive function.

“The IL-17-ROCK pathway is an exciting target for future research in the causes of cognitive impairment,” said Giuseppe Faraco, assistant professor of research in neuroscience at the Feil Family Brain and Mind Research Institute. “It appears to counteract the cerebrovascular and cognitive effects of a high-salt diet, and it also may benefit people with diseases and conditions associated with elevated IL-17 levels, such as multiple sclerosis, rheumatoid arthritis, inflammatory bowel disease and other autoimmune diseases,” added Faraco, the first author of the study.