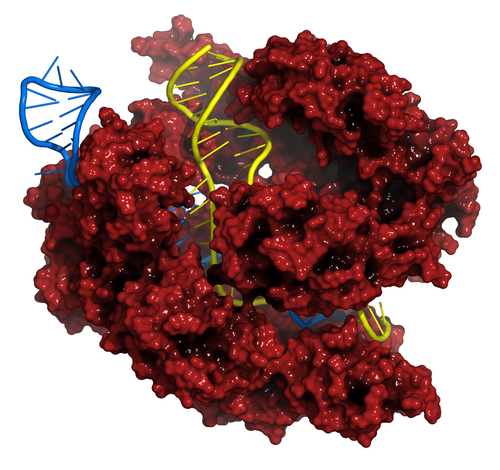 In a recent study entitled “Pharmacological chaperones stabilize retorter to limit APP processing,” the authors report that pharmacologic chaperones have a highly positive impact on a multiprotein complex — the retromer — that has been linked to Alzheimer’s disease. The study was published in the April issue of Nature Chemical Biology.

The retromer complex is responsible for trafficking cargo out from membrane-bounded compartments inside eukaryotic cells, known as endosomes. Alzheimer’s disease was the first of the neurodegenerative diseases to be linked with retromer-mediated transport. Here, the lack of key proteins that build the retromer complex was identified in the brains of Alzheimer’s disease patients. Specifically, it was shown that retromer-related defects reduce trafficking of amyloid-precursor protein (APP) out of endosomes, leading to the accumulation of amyloid-beta and other neurotoxic APP fragments, key factors in Alzheimer’s disease.

In this study, the team of researchers at Columbia University in New York led by Columbia neurologist Scott Small, MD, hypothesized that if they increased the interaction of core proteins in the retorter complex, this would lead to its stability and promote retromer-mediated trafficking and transport. To achieve their goal, they used pharmacological chaperones, key proteins that help maintain macromolecular structures, therefore, preventing is degradation. They identified a chaperone that is capable of stabilizing retromer-complex and enhancing its levels inside the cells. They relied on crystal structures of retromer proteins and identified one molecule that indeed induced retromer stabilization in vitro. They performed further studies with cultured hippocampal neurons and found that this molecule was capable of increasing retromer proteins’ levels an observed that this led to a correct trafficking of APP out of the endosomes, decreasing the accumulation of APP fragments.

Their findings show, for the first time, that a chaperone can target a multiprotein complex and improved its function. Moreover, it also suggests that chaperones have a high therapeutical potential to treat neurodegenerative diseases, such as Alzheimer’s disease.