Treatment with Aduhelm (aducanumab) showed a significant correlation with lower blood levels of p-tau181, a disease biomarker, and lesser cognitive and functional decline in Alzheimer’s patients, according to a recent data analysis of two Phase 3 clinical trials.

The data, analyzed from around 7,000 blood samples collected from more than 1,800 patients who participated in the EMERGE (NCT02484547) and ENGAGE (NCT02477800) trials, were presented at the Clinical Trials on Alzheimer’s Disease Conference (CTAD), held Nov. 9–12.

“We now have robust and concordant data that Aduhelm has effect on two core defining pathologies of Alzheimer’s disease, and substantial evidence of treatment correlation between changes in plasma p-tau181 and the slowing of disease progression,” Alfred Sandrock Jr., MD, PhD, head of Research and Development at Biogen, which is developing the therapy with Eisai, said in a press release.

“We are committed to continuing to generate data, and we believe these new findings can help inform treatment choice and advance Alzheimer’s research including in diagnosis and disease monitoring,” Sandrock added.

The two hallmarks of Alzheimer’s disease — amyloid-beta plaques and neurofibrillary tangles of the tau protein — disrupt communication between nerve cells, which leads to a loss of brain function, as well as cognitive and functional decline.

Aduhelm is an antibody-based therapy designed to target and eliminate amyloid-beta plaques from the brain, potentially slowing neurodegeneration and disease progression.

The EMERGE and ENGAGE clinical trials evaluated the therapy’s safety and efficacy in nearly 3,300 people with mild or early-stage Alzheimer’s disease.

Biogen discontinued the development of Aduhelm based on an interim analysis that indicated treatment, given as a monthly intravenous infusion into the bloodstream, was unlikely to provide benefits.

However, additional trial data showed that EMERGE had met its primary efficacy goal compared with placebo, with improvements in cognition and function, including memory, language, orientation, and activities of daily living. Although ENGAGE did not meet its main outcome, data suggested the therapy benefitted those given a high dose of up to 10 mg/kg.

Based on these findings, the U.S. Food and Drug Administration (FDA) approved Aduhelm under the accelerated approval pathway, which provided early access to the therapy even if there was some uncertainty regarding those benefits.

In this new pre-specified analysis of EMERGE and EMERGE data, Aduhelm significantly lowered blood plasma levels of p-tau181 — associated with neurofibrillary tangles of tau in the brain — in a dose- and time-dependent manner compared with placebo in both Phase 3 trials.

In the high-dose group from EMERGE, p-tau levels decreased by 13% from before treatment, whereas it rose by 8% among those on placebo. In the ENGAGE high-dose group, p-tau dropped by 16% compared to a 9% increase in the placebo group.

Lower levels of p-tau181 in the bloodstream were also significantly related with changes in amyloid-beta plaques, as measured by positron emission tomography (PET) scans.

“These data not only show an important link between the ability of Aduhelm to clear amyloid-beta plaque and reduce plasma p-tau levels but also significantly correlate those reductions with slowing cognitive decline,” said Oskar Hansson, MD, PhD, a professor of neurology at Lund University and Skåne University Hospital in Sweden, who presented these data at the CTAD conference.

“Having research from nearly two thousand patients provides invaluable insights into the dynamics of the interconnected pathologies [disease processes] within this complex disease,” Hansson added.

Biogen also presented data from the open-label Phase 3b redosing study, EMBARK (NCT04241068), which is testing Aduhelm at its high dose (up to 10 mg/kg) in 1,856 patients who participated in ENGAGE, EMERGE, or other discontinued clinical trials.

This study is examining the impact of stopping treatment for an extended period — an average of 1.7 years — before re-starting with Aduhelm. An analysis showed that reductions in amyloid-beta plaques were maintained during the treatment gap in those treated at high dose relative to placebo.

EMBARK data analysis and interpretation must consider the influence of dose variability, exposure duration, and treatment gap across different individuals, Biogen stated in its release. 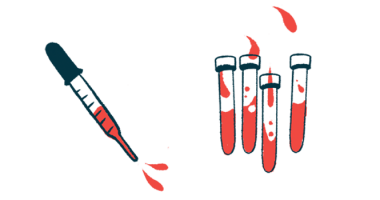