NNI-362, Neuronascent’s investigational treatment for Alzheimer’s disease, was safe and reduced blood levels of an Alzheimer’s biomarker in a Phase 1a trial of the therapy in healthy, older adults.

The primary goal of the trial (NCT04074837), which enrolled 56 adults between the ages of 50 and 72, was to determine the safety and tolerability of single and multiple ascending doses of NNI-362 compared with a placebo. The treatment’s pharmacokinetics, or movement into, through, and out of the body, were also assessed.

Topline results presented by Neuronascent in November 2021 showed NNI-362 was generally well tolerated at doses up to 240 mg. Overall, 34 side effects were reported, all of which were mild and temporary, and did not appear to be dose-dependent.

The investigators tested two formulations, one wherein the therapy was suspended in an aqueous, or water-based liquid, and another that used a lipid, or fat-based solution. Both were delivered orally.

Data showed that the lipid-based treatment at its two highest doses (120 and 240 mg) was absorbed in the bloodstream more slowly, but it reached higher concentrations than the water-based formula. Importantly, this increase in exposure didn’t result in any increases in side effects, according to Neuronascent.

Neurogenesis (the formation of neurons in the brain) slows with age. This can contribute to the cognitive declines observed in many elderly people. In neurodegenerative diseases such as Alzheimer’s, this processes occurs more quickly, and leads to brain cell death and progressively worsening cognitive and behavioral changes.

Most early interventions for Alzheimer’s strive to protect existing brain cells, but are unable to recover any cells already lost, according to Neuronascent.

NNI-362 acts to enhance neurogenesis by stimulating neuronal progenitor cells, or neuron precursors, to form into fully functioning neurons. With its potential to both replace lost neurons and support their survival, NNI-362 may be able to reverse disease progression, offering a significant advantage over other therapies, the company noted.

Data from animal models showed NNI-362 could increase the number of neurons in brain regions involved in memory and improve cognition in elderly mice, restoring both to levels similar to those observed in younger animals.

The trial data move the company further towards its goal of developing the first noninvasive, oral, neuron-regenerating therapy to halt Alzheimer’s progression, according to Neuronascent.

In its November 2021 presentation, the company noted plans for a Phase 2 trial to assess treatment in about 105 Alzheimer’s patients who would receive either 120 or 240 mg of NNI-362 by mouth daily for about six months, or a placebo.

“Running of a Phase 2 trial in mild to moderate Alzheimer’s disease patients could assess longer-term amelioration of p-tau181 levels and to determine if this intervention could consequently improve quality of life for patient and caregiver,” Kelleher-Andersson said.

The study would seek to monitor the treatment’s safety and its ability to increase neurogenesis, which would be measured with MRI brain imaging. Other outcomes would include changes in Alzheimer’s biomarkers in blood, and cognitive and behavioral testing.

“A truly effective treatment for Alzheimer’s disease is one of the largest, if not the largest, unmet needs in all of medicine. Currently available treatments provide only modest, temporary, and palliative benefits at best. Patients, families, and researchers are looking for more effective treatments,” R. Scott Turner, MD, PhD, and director of the memory disorders program at Georgetown University, said.  Turner is also the head of Neuronascent’s Scientific Advisory Board.

“We must now investigate the potential benefits of this compound in proof-of-concept clinical trials, with a goal of slowing, halting, or perhaps even reversing progressive cognitive decline,” Turner said. 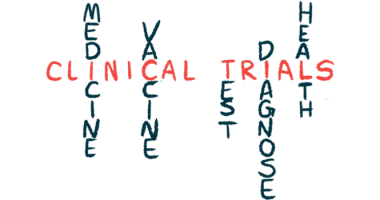